Do you have any questions? Would you like more information on our standards and services or the company? We are happy to help you with your enquiry.

Systems of social protection, so indispensable for any general participation have been moving away from one another for years, both , economically and in terms of quality of services provided. 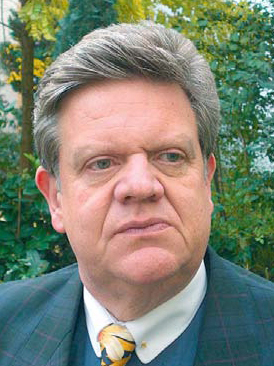 Wiesbaden September, 27th 2019 I The most important cause for this happening in the past and still today is the widespread public  debt-load nt of the Eurozone’s Member States. At the same time growth and investments, providing an improvement of the revenue for such systems are missing. This is particularly relevant for  tax-financed  systems with their increased dependence on  direct State revenues. Thus many benefits once promised as part of the national social code remain merely a theoretical option.

On the contrary, once  standard benefits of regular care are drifting  into the sphere of  illicit private co-payments or backhanders, both above or under the table.  In addition ,the maneuvering space to design progressive forms of  preventive care is crumbling.

The cross-border demand may have been regulated by a EU directive, as things are, however, the problems with the structure of supply and demand remain. If coming from a Member State with weak structures, this makes abusive forms of using the European health Insurance Card (EHIC) almost the only sure way to access advanced care in a (neighbouring) high-cost country without a massive personal financial involvement.  In the light of the general economy cooling down, this is likely to become more dramatic since chances for a substantial  future reduction of the public debt-load and a stabilization of productivity in many EU places will hardly improve during a phase of downturn. Thus it might  ultimately lead to the collapse of institutions of social insurance and/ or  care-provision in economically weak EU-Member States.  At the same time, the number of people able and willing to employ private means is constantly growing, making the privately financed health consumption an even more attractive market. This is likely to exacerbate social frictions as well as tendencies of political radicalization.

Learn more about the status quo and possible scenarios for chances and pitfalls of the future during European Health Prevention Day 2019 in Wiesbaden.

Link to program and registration: