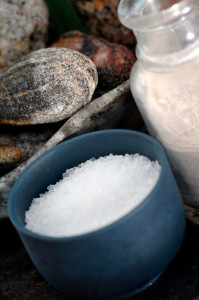 „The part can never be well unless the whole is well.” – Plato

It is self-evident that as long as life exists on Earth, mankind will have issues with curing and preventing diseases, in other words ‘maintaining health’. Unfortunately, our existing health-care practice is based upon a so-called allopathic medicine, which treats and suppresses only the symptoms of the human body.

Ancient healing methods and remedies offer an alternative to today’s healthcare and wellness, partly as a result of disappointments in modern medical treatments. These curative ways go back thousands of years in history and in today’s spas and wellness facilities offer more than just a ‘simple spa treatment’. They suit everybody who wants to explore their inner and outer health and achieve balance and harmony.

Ancient cultures had a very refined and experienced apprehension of maintaining health. They believed in curing the unity of body, mind and soul. We know from archival documents that using herbs, acupuncture, rituals, meditation, massages and several other healing modalities have been practiced for thousands of years.

The evolution of today’s spas began with a search for healthy living. Herbal remedies were the first and most convenient way to treat diseases as the surrounding nature made them easily accessible for everybody. Bathing rituals, combined with the usage of mud, clay, and peat, which were often applied by the Persians, Greeks or Romans, soon followed. The ancient Egyptians favoured and excelled in the development of different massage and scrubbing techniques, colour therapies and skin treatments. Assortments of herbal washes, skin conditioners, massages and even aromatic oils were praised and practiced.

The sense of smell has always been one of the body’s most reminiscent senses, and the healing power of aromatherapy played a remarkable role. This ancient therapeutic art has long been used in India, China and Egypt as part of their daily healing rituals or prayers, connecting the body with the soul and mankind with god — all through the power of scent. Aromatherapy, evoking harmony and promoting psychological and physical well-being, remains an important component of alternative Eastern therapies and is a perfect enrichment to Western medicine.

Treatments such as sweating like we see today in modern saunas have also been applied broadly and regularly. Its benefits of eliminating toxins and boosting the immune system were well known. Our ancestors loved hot baths. They understood that relaxation in hot water not just calms the nervous system but also eases aches, pains and helps to stimulate blood circulation.

Indian, Ayurvedic medicine, which goes back to 5000-3000 years BC, provides a basic knowledge of several modern spa treatments. Ayurveda takes into consideration a healthy diet, regular exercise and focuses on creating harmony between the body, mind and soul, maintaining a balance that prevents illness and contributes to long and healthy life.

Traditional Chinese Medicine also goes back a thousand years and is considered one of the oldest healing systems. TCM puts emphasis on the energy system of the body and applies acupuncture, acupressure, reflexology, moxibustion, herbal medicine and exercises, such as tai chi or qigong to maintain health.

Today’s spas combine those authentic ancient healing traditions with contemporary therapies in order to nurture the being in every aspect. The common trait of all ancient civilizations was that all of them had unique and sacred connections to water and used it in many different ways for their spiritual or healing séances and religious purifications. Ancient remedies easily find their places in modern society’s spa and wellness treatments. So why not enjoy these distilled archaic healing practices in our state-of-the art spas?

One example of how modern spas are still taking advantage of their ancient healing traditions is the European health tourism project “The Roman Thermal Spas of Europe”, which unites thermal spas and health resorts of Roman origin.

Anett Wellesz, has been a Certified EuropeSpa Consultant since May 2015. She has over 15 years of experience in marketing, branding and hospitality. Graduated as an Economist she holds a Spa Management degree from the prestigious University of California Irvine. Anett, parallel to her operation, as a Head of Marketing Read More